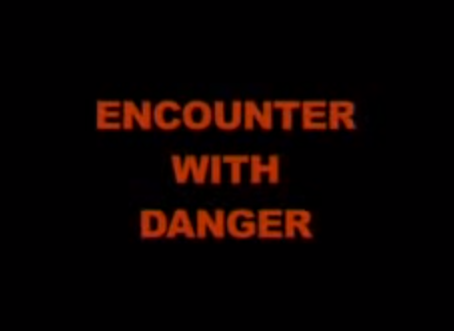 I have to lay all my cards on the table – I’m a major Shannen Doherty fan. I have loved her for as long as I can remember: through the tumultuous 90210 Brenda years to her Spelling redemption on Charmed through all of her television movies to her appearance on Dancing with the Stars (she was jipped hardcore, btw). In fact, I’ve been enjoying some major Shannen Doherty face time at la casa Amanda By Night, with a rewatch of View of Terror and a screening of her thriller Encounter with Danger. Essentially a riff on Polanski’s Frantic mixed with a large scale retelling of Dying Room Only and just a touch of The Net, Encounter manages to stay pretty fluffy, but watchable. 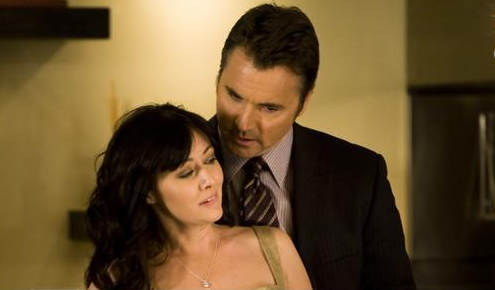 Shannen is Lori Parker. She’s head over heels in love with her hunky fiancé Jack (played by resident Lifetime stud Mark Humphrey) and he whisks her away to a business meeting in the Pacific Northwest. He’s a complete workaholic, but promises to spend most of the weekend with her, so when he disappears shortly after his first meeting, Lori is filled with panic. It doesn't help that that no one has a record of Jack… not even his job! Of course she takes matters into her own hands and uncovers tons of covert activities at Jack’s place of business, which puts her own life is in mortal danger. It’s up to Lori’s spunky secret agent skills to save Jack, and maybe even herself. 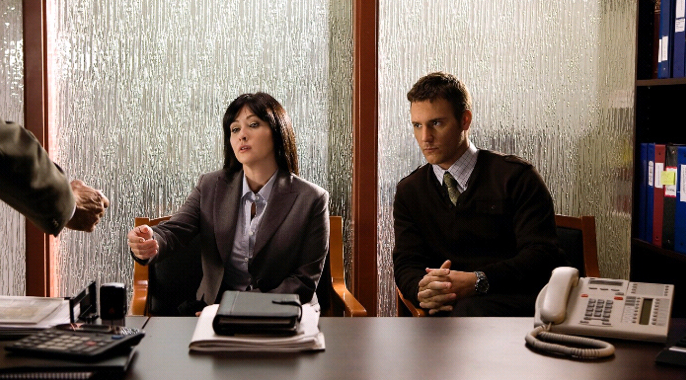 The biggest problem with Encounter is that it’s obvious there wasn’t enough script to fill the entire running time. There are a lot of shots of Shannen driving… and driving… and driving. The premise is decent but, like so many movies that came before it (Flight Plan and The Forgotten instantly came to mind), the way it plays out is a bit of a disappointment. 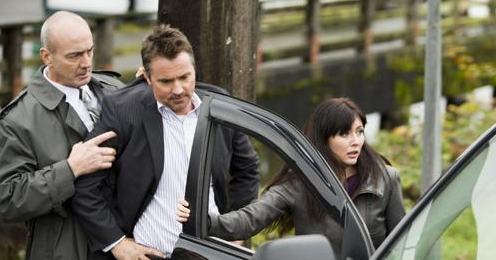 But let’s go back to Dying Room Only. One of that film’s major strong suits is that it allows the distraught female (Cloris Leachman) to truly go crazy over her frustration. I wanted to see Shannen let loose on the bad guys! Encounter keeps Lori too cool, too restrained and it’s hard to find sympathy for her since we’re just watching her go from point A to point B. Like I’m telling you something you don’t know. In the end Encounter is strictly by the book and doesn’t veer into anything unconventional for this type of thriller. However, it's still a decent timewaster, with good acting on all fronts, beautiful locations and a hunky Mark Humphrey. It’s definitely a rainy day kind of movie, which is exactly what Lifetime was designed for.