Don't Be Afraid of the Dark Week: A Look into the Dark (I’m not Afraid, I Swear!) 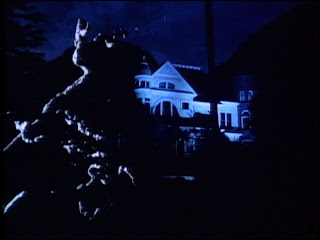 When I first started this blog (almost 400 posts ago!), I had intended to cover mostly made for TV horror. Very early on I threw out that idea when I knew I wanted to write about Sooner or Later, and that was, like, four posts in! Don’t Be Afraid of the Dark was one of those movies I thought I’d be writing about over and over again. Turns out I have only mentioned it more or less in passing or in relation to the upcoming remake. When I tried to think long and hard about why, I got a bad headache (cuz thinking like that is hard), but I also realized that classics like Dark get written about a lot. I think I was just unsure if I could add anything new to the pot.

All I should have said was I remember watching Dark when I was still living in California, I must have been six years old or younger. I recall being so terrified by the opening credits I changed the channel the first time I tried to watch it. The second time, I think I purposely stepped in closer to the end, and that scared the bejeezus out of me too, and I remember watching The Monkees directly afterwards in an attempt to cleanse the palette (I think it worked). Finally, I caught the whole film, but it was after we had moved to Vegas and I was a little older, but still quite shy of ten. I was pretty enchanted by those little demons that wanted to drag Sally (Kim Darby) to the depths of hell. Their malicious whispers and diminutive and creepy presence was the stuff horror legends are made of and I have wanted to brick over every fireplace since. 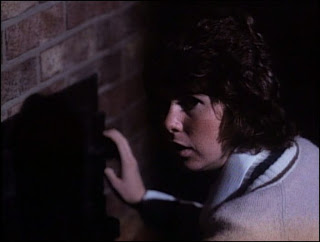 Dark was a movie, like Gargoyles and Trilogy of Terror, that became a mainstay on our local channel. It’s where I saw most of the small screen stuff, I guess because I was either unable to read a TV Guide or I preferred watching my scary flicks in the comfort of a sunlit room. Either way, Dark followed me throughout my life… at first on television, then as a legend that I was craving to view again, then as a bootleg I picked up at Kim’s Video in NYC and finally as a legitimate DVD through Warner Archives (check out the new special edition DVD due tomorrow). As my life changed and I grew older, and perhaps more weary, my views on Dark changed as well. At one sorry point in my life, I think I thought the film was one of those good bad movies which were becoming so popular in hipster culture. That was a short stint though because once I decided to dedicate more time to discovering and rediscovering TV movies, I had garnered a deep respect for what the filmmakers were able to do in a 74 minute time span. A little later I got more metaphorical with Dark, and I’ve even briefly said here I thought the film might make a decent comment on the women’s movement of the 70s, when being a simple housewife was leaving something to be desired. But I’m not so sure I want to get metaphorical with Dark... And here I go changing again… I think this is a film that works best as primal viewing. According to the legend, Dark was written by Nigel McKeand in two weeks to avoid the upcoming Writers Strike of 1973. Director John Newland took that script and simply sets up some magnificent scares as he extends a true sense of dread through the film. That’s probably why I carried it so deeply inside of me. As a kid, I had no idea what context or symbolism was, but I sure had that fear instinct working overtime during certain films (Friday the 13th Part 2 damn near drove me to therapy!), and this film filled all of those dark uncertainties about what might be lurking in the shadows. 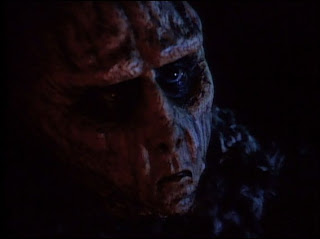 In a few days the remake of Dark, which producer/co-writer Guillermo Del Toro refers to as the scariest TV movie he has ever seen, gets a new life. It’s pretty amazing to watch the genesis of this little TVM that could, it was first considered a throwaway horror film, only to become a cult hit and then a classic of the genre worthy of a mega budget redux. I get a little tear in my eye whenever I think about it. Or maybe I just bit my tongue. Either way, I’m over the moon about this new version and as I travel the interwebs looking at various articles about the film, I am thrilled to see all the comments from people who have intense memories of Dark from their childhood. This is it, guys. Those of us who love TV movies can say “We’ve arrived!” It’s pretty exciting, so I thought I’d dedicate the next week to Dark. It won’t be a daily thing, but please check back as Made for TV Mayhem takes a look back at one of the biggest influences on the blog.

And if you really do want to get a little metaphorical with Dark, please read the following articles: 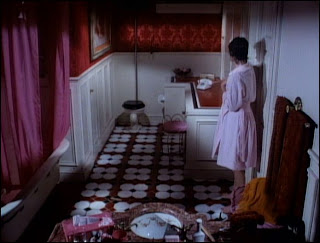