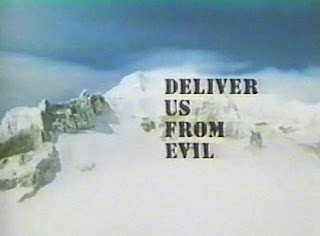 ABC kicked off their 1973 – 74 Movie of the Week season with Deliver Us from Evil, which was shot entirely on location in Mount Hood, Oregon. Production for the film began in July and lasted a whole three weeks – the longest ever for a TVM at that time.

This is one of the reasons why I tend to be more forgiving of retro-TVMs. They were made for a fraction of the budget of a theatrical and they obviously had to shoot their films under very demanding schedules. And I have to say, most of these films deliver an amazing amount of entertainment. Of course, a lot of the success comes from the actors who tend to be film veterans that can bring in the goods at the drop of a hat. George Kennedy, who stars in Deliver spoke about the perils of television in an interview he did in 1973. While he enjoyed the format and professed he had “no snobbery” when it came to working on small screen treats, he really disliked a lot of the writing. He said, “Nine out of ten scripts they send me are very bad. You turn them down and then you see somebody else has done them. Makes you wonder who’s running the nuthouse.” Kennedy also found Deliver to be a particularly grueling shoot. He commented, “I thought I was in pretty good shape until I started working in those mountains. It’s amazing what being high up does to your body. We had oxygen with us, and believe me, we needed it.” It’s interesting that he brings up the writing because I felt parts of Deliver felt preachy. However, the performances move it up a notch to make it a fantastic little potboiler. 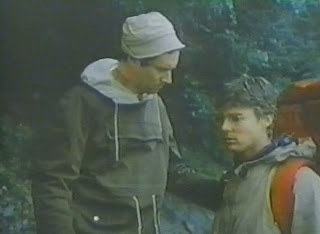 George Kennedy is Cowboy. He’s the cocky type - full of pseudo-machismo, complete with the ten-gallon hat and a survivalist attitude. He is on a camping trip along with 4 other guys and a well-worn guide named Dixie (Jim Davis from Dallas!). The men seem to know each other, but they also appear rather distant in many ways. Certainly, they are not much alike. Steven (Bradford Dillman) works in accounting, Al (Jack Weston) is a blue-collar type and Arnold and Nick (Charles Aidman and Jan Michael Vincent looking kind of dreamy) are a father-son duo who look like the prize of middle class suburbia. Cowboy spots someone parachuting into the forest and then the men hear on the radio that a skyjacker has stolen $600,000 and escaped by jumping from a plane. The next day they search for this D.B. Cooper knock-off and when he’s finally cornered, Cowboy shoots him. The men decide to split the money but Dixie and Nick find themselves torn with how they should handle the situation. Luckily for Cowboy, Dixie takes a big plunge off of a mountain. This sets a trend for the men as one by one they meet horrible ends. 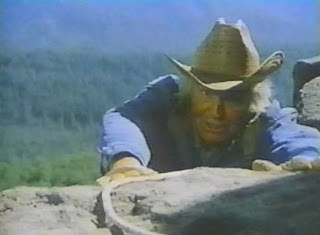 I don’t remember Sam Raimi’s A Simple Plan well enough to compare them, but they do seem quite similar in theme. Both films are about taking what isn’t yours and making excuses for why you deserve it. These statements are probably more overt in Deliver, simply because TV movies tended to overreach in that respect. Dixie is the big moral voice in the film and in the first act (before he takes a flying leap) he begs Nick to consider man’s true nature – and not to succumb to it. It was perhaps wise to get rid of him early on because then the men’s motives can be carried out through their actions instead of being told how they feel. However, seeing Jim Davis leave so early was a total bummer. Why is he always the victim?!? He got his just deserts in Satan’s Triangle way too early too! Like Jock Ewing could be taken down so easily…

Whoops! Getting off track… 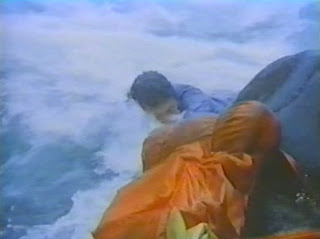 Deliver is desolate, suspenseful and well acted. Kennedy is especially sleazy, but in the end, he’s really the most honest character in the film. I’ve never been much of a fan of Jan Michael Vincent, but he’s really great as the remaining voice of reason.

Deliver was just the first of over 50 TV films produced for ABC for that season! While not as successful as the previous year, which had ranked # 5 in the Neilsons, the offerings were indeed tasty. I think Deliver was a nice way to start the year, which would also offer such Movie of the Week cult classics as Satan’s School for Girl’s and Don’t Be Afraid of the Dark. It’s moody, thoughtful and suspenseful, just the way we used to like ‘em!

Deliver Us From Evil is available through Warner Archives. 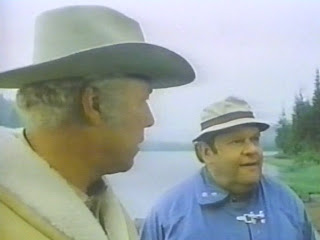 what about telefilms nowadays? in Spain they show them on saturday and sunday afternoon byt they are always family dramas about adopted sons or ill people or boring thrillers with women investigating crimes, aren't there now horror or action/adventure telefims like this?

There is a whole history of TV movies changing with the different eras, and I'm just starting to work through everything. Essentially, I believe that when cable became popular, audiences began to fracture and amount of people watching network television declined. Anyway, I think TV movies quit becoming an event and that's why they began to die out. Why they switched from mostly genre to true-crime and medical thrillers is still a mystery to me, but I'm working on the answers! :)