Big Stars on the Small Screen Blogathon: Do Not Fold, Spindle or Mutilate (1971) 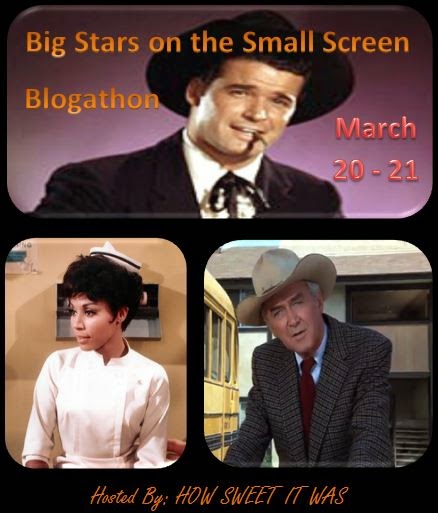 This review was written in conjunction with How Sweet It Was' tribute to the Big Stars on the Small Screen!  Let's roll... 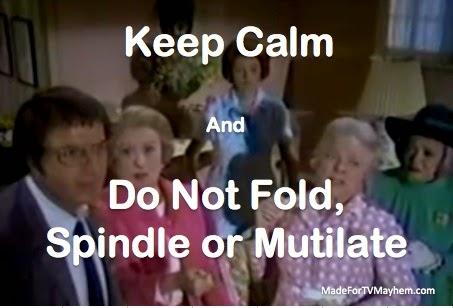 Last year, when I wrote about The Screaming Woman,  I mentioned Walter Pidgeon’s observations on the older actor in Hollywood during the golden age of the TV movie (that’s the 1970s for you whippersnappers). According to Pidgeon, actors of a certain age found great difficulties finding good parts in the movies. Television beckoned these theatrical stalwarts and many found a new home on the small screen. Unfortunately, some of these actors were unhappy with the content they were saddled with. Granted, The Screaming Woman isn’t the greatest film ever made, but it’s good and the classic stars are wonderful in their parts, de Havilland in particular. For actors then (and now) it boils down to finding those special moments with which to shine. The actresses in Do Not Fold, Spindle or Mutilate practically fell into a goldmine because the smart script affords them so many wonderful opportunities to strut their stuff. 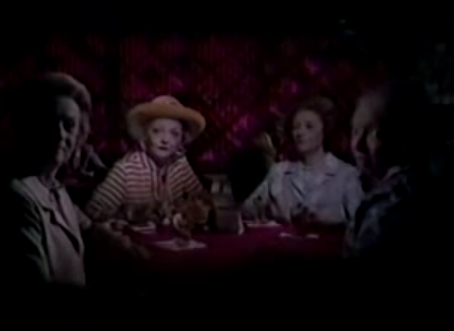 Based on the novel by Doris Miles Disney, Spindle is the tale of four older women who spend their days drinking, gossiping and sometimes, just to keep things exciting, they pull an outlandish prank or two. This time, the ladies are creating the perfect young woman (a tall, willowy blonde they've named Rebecca Mead), and turning in her questionnaire to a local computer dating company. The hope is that they will receive a few amusing letters from potential suitors, which they do. Unfortunately, they also lure a psychopath who accidentally mistakes another woman for the fictional one and kills her in a fit of sexually frustrated rage. 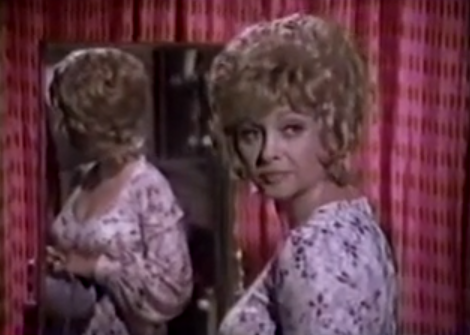 Shot in 12 days (!), this brisk ABC Movie of the Week is absolutely charming, thanks to the four female leads: Helen Hayes, Mildred Natwick, Myrna Loy and Sylvia Sidney. All four women were best known as theatrical actresses before they embraced the small screen, finding a new audience in kids like me who loved seeing them in episodic fare and made for TV movies. The women gel together beautifully in a TVM I always considered a precursor to The Golden Girls. Well, if they had less sex and drank a whole lot more (Blanche the lush would have been tremendous fun)! 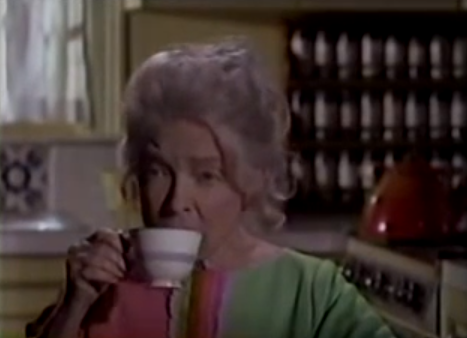 In an interview to promote the movie, Loy spoke about how much fun the actresses had making Spindle. She said, “There was a lot of laughter on set. Helen Hayes, Mildred Natwick and Sylvia Sidney joined me in having a ball...” In a different interview, Hayes said she was dying to work with Natwick. “I’m Milly’s most ardent admirer," Hayes proclaimed. "That woman made me laugh more than anyone in the theater, anyone since Bea Lillie. Did you see Barefoot in the Park? Did you ever see anyone so funny?” The actresses affection for each other is apparent, and it’s a joy to watch. 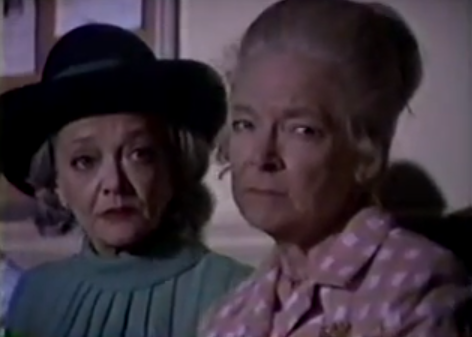 While Hayes’ Sophie T. is the star of the show, each lovely lady in this quartet is handed a bevvy of fabulous material. The one-liners are fast and furious, and surprisingly (and in a good way), somewhat restrained. What could easily have seemed like raunchy ladies drowning in blue material is balanced by recognizing that their generation did not have the same open dialogue. There is still talk about what Rebecca Mead is willing to do on a first date, but all of the TVM's jokes are handed down with an air of dignity. Well as dignified as you can be sipping one too many Old-Fashioneds! 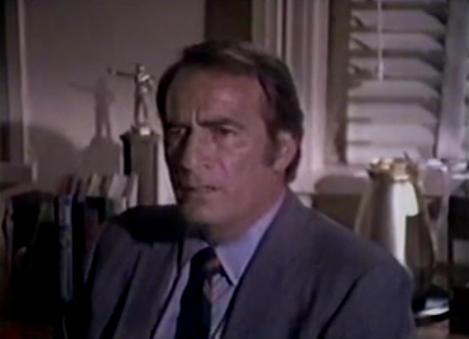 I haven’t read the source material by Miles Disney, but John D.F. Black’s adaption is clever, and, at times, laugh-out-loud funny. Some of the best bits of comedy come courtesy of the beleaguered Detective Hallum, played by John Beradino (aka Dr. Steve Hardy on General Hospital!). He has absolutely no idea what to do with these ladies, and they often leave him dumbfounded. Vince Edwards is downright menacing in his portrayal of the psychotically lovelorn Malcolm Watson. Most of what we know about him is delivered through an inner monologue that follows him along his travels. His “little voice” gets crazier as the film progresses, but as off the charts as he gets, he is still not prepared for these four ladies! 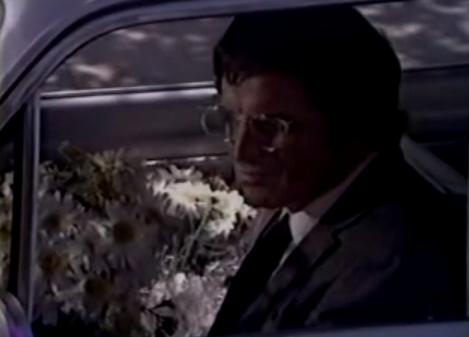 Economically directed by the fabulous (and apparently ornery) Ted Post, Spindle landed in the top 20 for the week. Hayes was nominated for an Emmy for her rambunctious portrayal of Sophie T. (Glenda Jackson won that year for her role in the PBS production of the mini-series Elizabeth R.). And, the film is sometimes credited for inspiring the short-lived series The Snoop Sisters, which reunited Hayes and Natwick as eccentric mystery-writing-sisters who find themselves solving real crimes (Hayes said that although The Snoop Sisters was produced after Spindle, they received scripts for that series first). It’s like Murder, She Wrote x 2 and with fur coats. Win. 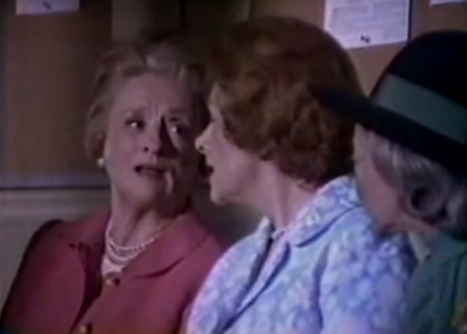 What an amazing stroll down memory lane! I don't think I've even thought about this movie since first seeing it all those years ago.

Never heard of this one, but definitely something that sounds great. And John Beradino! What a cast.

This sounds wonderful. It certainly seems that there were a lot more parts for older actresses in the 1970s, even though they didn't think it at the time. A lot of the TV films from the era have a particular charm that have helped them stand the test of time.
Thanks for sharing this, I'll have to give it a watch - if only for the cast!

I remember this charming telefilm well (hey, I watched every ABC MOVIE OF THE WEEK). As you wrote, the four leads are all a lot of fun--plus BEN CASEY and Dr. Steve Hardy...well, it couldn't get any better! A nice pick for this blogathon (and you covered four classic film actresses in one movie!).

Loy & Hayes, four decades after Night Flight & Arrowsmith! Myrna also reunited with Melvyn Douglas in the TVM remake of Death Takes a Holiday, there are so many reasons these veteran pros had the longevity they did. Myrna mentions in her memoirs that she and Helen ended up on the same flight to LA - Hayes suggested they run lines, and that's how they flew from NYC! So much for divas...

Loved your Golden Girls call out, but even they could not measure up to these four. Myrna & Helen co-starred in Night Flight & Arrowsmith four decades earlier. Apparently, when they ran into each other on the flight to LA, Hayes suggested they run lines & that's how they spent the trip from NYC. Pros!