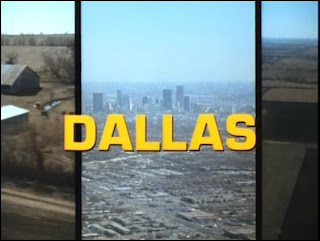 The stage has been set and the players are already in place.

Dallas arrived in the 70s, owned the early 80s, remained awesome throughout the decade and faded gracefully into the sunset in the 90s. In a world where new shows are lucky to get more than few episodes on air and popular shows are fortunate to go more than few seasons (and I’m not counting the shortened run cable shows), Dallas was a grand mainstay and featured actors of all ages making deals, making love and making good television. Those were the days indeed. 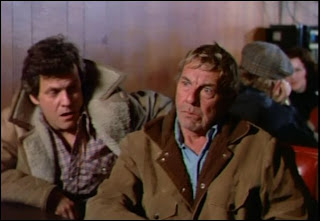 Digger is none too pleased with the nuptial news!
The first episode of Dallas was a multifaceted yet straightforward introduction to the Ewings and the Barnes, two feuding families who mix in oil, sex and deception. It introduces Pamela Barnes and Bobby Ewing as a newly married couple. No one in either clan cares to see the two together and J.R. (under Jock’s stern advisement) sees fit to do something about it. Although Pam is painted here in a basically dimwitted light (something the writers dropped almost instantly), she also has a few cards up her sleeve and proves to be a formidable foe for J.R. 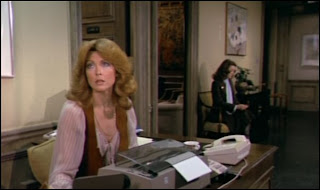 So Ginger became Julie and then got a job with J.R.? Geez...
Digger’s Daughter is grandly lush, yet simple and understated, and the characters presented here in the very first episode will remain extraordinarily consistent. Sure Ray finds himself in cahoots with J.R. in the beginning (and Lucy’s sexy suitor!), but his road to going from bad guy to decent cowboy starts here. My only real complaint is that Sue Ellen has so little screen time. Based on a re-watch of Digger’s Daughter, I believe that Dallas was originally meant to be viewed through Pam’s eyes. It was a good fish-out-of-water premise, but as time has told, the evils of J.R. and his complex relationship with Sue Ellen became the real stars of the series.

So grab yourself a bourbon, put on that ten gallon hat and get to watchin’, ya hear?

The Most Dysfunctional Group in Dallas: 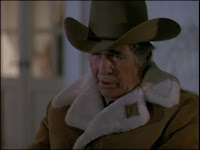