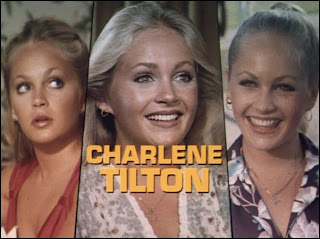 And Wild horses couldn’t drag me away!

This diminutive blonde spitfire was left to her own devices at Southfork so her father could drink his way across America. I mean, that’s the dream, right? So essentially Lucy was reared under the fine tutelage of J.R. and Bobby – and ended up somewhere in between. She left an indelible mark on the other residents of Southfork (namely Ray Krebs! Ray, how could you?) as she flitted in and out of one of everything - from farm hands to a closeted gay man to an idealistic doctor (Mitch, I loved you the most) to a future quadriplegic! 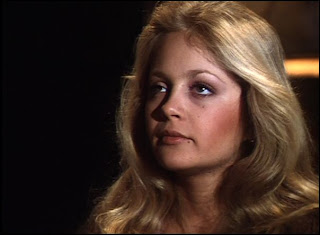 Pill popping may ruin your life, but look at that hair!

Her short, now forgotten love affair with country boy Ray Krebs began when Lucy was still a high school brat and Ray was a graying farm hand (Yikes!). I know it’s Texas, but that has to be wrong, doesn’t it? The fires of passion were extinguished quickly and she and Ray became great friends. He helped through her awesome pill popping stage and usually seemed to be the only one who’d listen to her. I still wonder though, exactly how did that conversation go when she found out Ray was her half-uncle. See what I mean about sweeping it under the carpet?

Mitch was really the only guy for Lucy but his idealistic nature clashed with her meteoric rise to fame as the most popular under five feet tall model. I mean, demand! As she flirted with the world of modeling she ruined her marriage and inherited a stalker. 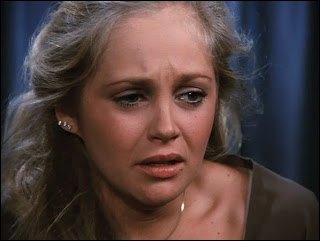 How unprofessional. Even kidnapped models should know how to strike a pose!

The stalker in questions was Roger and he was all kinds of a mess – but an awesome photographer, so you take the good, you take the bad… Looking back, it’s difficult to decide whether his shrine to Lucy was indeed a crazed obsession over Young Miss Dallas or if he just had a boner for his work. Who knows?

Anyway, this Roger guy totally ruined Lucy, or so we all thought. She met Mickey, a poor (and super hairy) cowpoke who was Ray’s cousin… making him some relation to Lucy, but she was used to that… Then he got in a car accident and bye bye Micky! 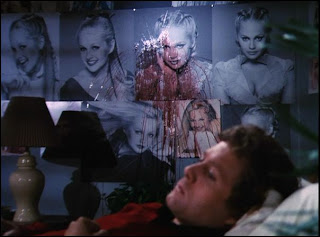 Even with that psychotic dash of red wine, those photos are awesome!

I won’t even go into Peter who was a half-shirt, short-short loving psychology student who bedded Sue Ellen and showed very little interest in Lucy except when he needed help. I like Peter and everything, but tube socks and half-shirts equal ill repute. I’m glad that’s settled. 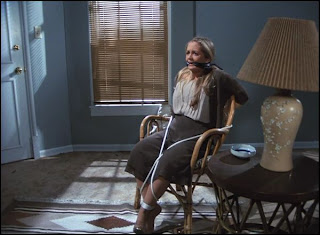 I wish those were kulots so I could say Kidnapped in Kulots... Oh look, I just did!
Maybe because she was basically abandoned at Southfork that Lucy lived on the periphery of the drama. She was quick at figuring out what J.R. was scheming while she usually remained outside of his direct wrath. But like any blonde model, she was a little slow on the uptake too and often played into his hands. In the end this breathy beauty found herself in so many beds because she just longed to find her place in the world. Deep, huh?

When we were kids my Mom was a Dallas fanatic, so needless to say, we had to watch it as well. My sister would always push her Barbie's head down, where it didn't have a neck and pretend she was Charlene Tilton....LOL!

Who almost did a spit-take but ended up choking and laughing simultaneously?

Gotta love that Tilton... remember her stab at the Farrah poster where she was topless save for some strategically placed locks of her flaxen hair?