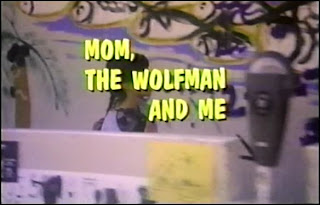 As someone who is becoming a less closeted romance addict (especially from the made for TV genre), I have really been enjoying rediscovering the pre-Lifetime love stories that used to entertain me endlessly as a kid. One that I remembered clearly was Mom, the Wolfman and Me, starring Patty Duke, David Birney and Danielle Brisebois. As a kid it seemed like a film about fun-loving single mother and her surprisingly mature 11 year old daughter as they take on New York City, and find a man to boot! Now, some 29 years later (seriously, has it been that long?!?), it’s a little more complicated, and Patty does not come across as fun loving as I had remembered. 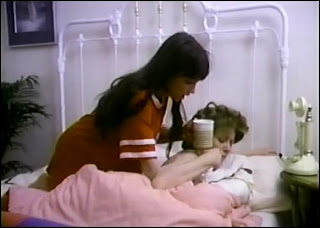 And this ain't even after a bender...
Ah, Patty Duke. It’s a name synonymous with awesome. Patty made several television movies in her heyday and many of them were in the thriller/horror genre. Yet, even though my love of small screen horror knows no boundaries, she didn’t really light my fire in any of them (OK, so there’s a boundary). However, her work in dramas and this little romantical comedy stole my heart. Patty was especially engaging as Deborah Bergman in Mom, the Wolfman & Me, where she plays an ultra-modern single mother who has the enviable job as a NY advertisement photographer. Her spunky daughter Jenny is played by Danielle Brisebois (Archie Bunker’s Place). Jenny is really the adult here – wrangling her mom’s work schedule, feeding herself and even getting her workaholic mother out of bed. Deborah’s parents are split on why their free spirit daughter feels the need to be…uh, so free… Oddly, it’s her respected psychiatrist father (Keenan Wynn) who defends Deborah against her ex-dancer mother (i.e. former free spirit played by Viveca Lindfors). They really want Deborah to consider finding a man – even though she’s got one in the form of Wally (Jon Lithgow), but his name is Wally so that can’t possibly work. Then she meets Theo, aka The Wolfman (David Birney), named so for his dog. Oh, and Theo is hairy too. I mean, he’s basically a bearded machismo machine, but I digress…

The Wolfman is one pretty laid back dude and totally gets Deborah’s art (she is putting a photo book together on the elderly, which is so early 80s. Who’d buy that now?!? So sad…), but he’s also in the need of stability and he wants Deborah to settle into domestic bliss, but Deborah never settles, dig, and trials and tribulations ensue… 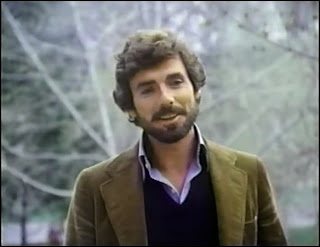 I first saw this movie when I was about ten – roughly Danielle’s age – and at the time the way Deborah and Jenny lived seemed pretty dang cool. Peanut butter and celery for dinner? YAY! Now, too many years later, I’m wondering what Deborah was thinking. Getting up at noon, leaving her daughter on her own during Father’s Visit Day at school and in general, just living in semi-controlled chaos. Mom, the Wolfman & Me writes Deborah extremely well. She’s a loving, capable mom, incapable of taking full responsibility. But she’s there and she’s doing a decent job. She also allows her parents to have that extra added positive influence, even when they don’t see eye to eye. Of course, I’d see eye to eye with Keenan Wynn on just about anything.

“You say the world is made of cheese, Mr. Wynn? You got it!”

I mean, he never actually said that… but if he did… I’m just sayin’… 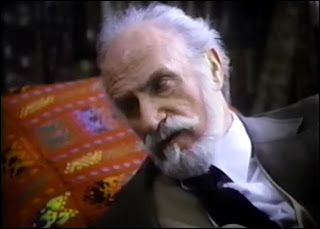 Note to self: Keenan Wynn never actually said the world was made of cheese.
Theo is, like, the hottest professor ever and is quietly sexy and strong, in a very unobtrusive way. It’s almost like no one told Birney to be sexy… he just is, and it shows. He was equally as likable in the awesome TVM thriller Someone’s Watching Me, proving small screen machismo is nothing to sneeze at.

This beautiful looking, slick romance was actually produced for syndication by Operation Prime Time, who normally released epic period pieces during this era (they also produced the sudsy mini-series Condominium). OPT made several outstanding films (Sadat, anyone?) but they were so grand in scale, I’m curious as to why they chose this modest little love story to add to their oeuvre. They drew the right card because Mom, The Wolfman and Me might not be Romeo and Juliet but it is touching, thoughtful and smart. And looking back at OPT’s list of movies, this is the one that I always remembered… and loved. Plus, Keenan Wynn… I mean, he’s awesome!

I've been looking for this film for ages, anybody know where I can find it?

Patty Duke is one of my favoite actors and I have never seen this one...thanks for the write up. I must track this down!

I've got a lovely little award for for your efforts. Come claim it whenever you get the chance.

I was never too impressed with Patty Duke's films, though she was outstanding as young Helen Keller. This movie looks good, I'm sure the mom would annoy me somewhat too, but that bearded hunk of wolfman would keep me watching! LOL.