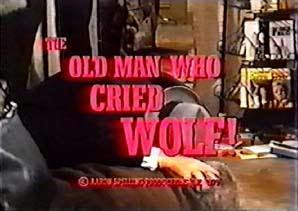 In one of his last performances, Edward G. Robinson makes a stunning commentary on the elderly and our treatment of them in this harrowing TV movie which premiered on this day in 1970. The Old Man Who Cried Wolf was an ABC Movie of the Week, and it's pretty hefty stuff for them, especially considering the next movie to premiere under that moniker was called Wild Women (oh, ABC Movie of the Week, how I miss you)! Robinson plays Emile Pulska, a dignified retiree who witnesses his friend's murder. No one wants to believe Emile, and granted the set-up is a bit outlandish, but the rather patronizing manner he's treated in becomes infuriating. That indignation is so prevalent that Emile even begins to question his own senility and memory. The ending is absolutely horrific.

Martin Balsam and Ed Asner co-star and are wonderful. This is one of those movies that creates suspense through paranoia. Honestly, I can't recommend this movie enough. Everyone should see it. 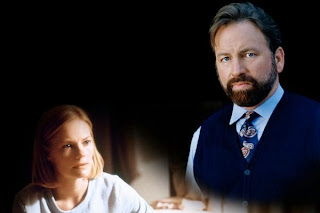 Bonus Title: When I saw Lethal Vows premiered on this day on CBS in 1999, I just had to mention it (click on title for review). It's a perfect mixture of True Crime and the infamous Disease of the Week themes which were so popular in the 90s. I love this movie because I just love watching John Ritter be mean. I don't know why, but it's a kick!

Sounds great, and I always love Robinson. Not on Netflix yet, so I will have to wait to see it, however.

You might be able to find a copy on Ioffer.com. Man, this is one of those movies that really deserves a good DVD release!