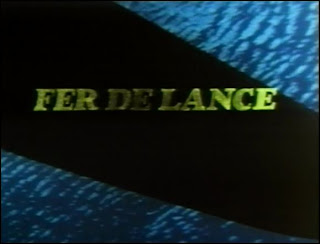 Way before Samuel L. Jackson tried to make a catchphrase out of snakes and a mutha f****n' plane, David Janssen had already tried to get them out of his mutha f****n' submarine. No. joke. Fer-De-Lance aired on this day back in 1974 on CBS. Frank Bonner who played Herb Tarlek on WKRP is the stooge who thinks bringing poisonous snakes on a plane is a good idea. Well, the sub gets into some technical trouble and now those snakes are loose and looking for blood! Yikes! This movie is actually available on a DVD collection called Killer Snakes! 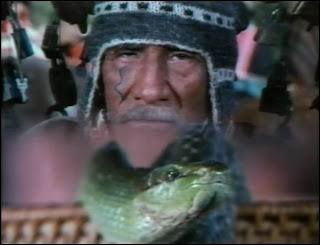 I love Frank Bonner... I must see this ASAP! Didn't Edie McGlurg play his wife on WKRP?

I think you're right, he was married to Edie on WKRP. Are you thinking of that brilliant episode where that TV showed followed them around for a day? Love that one!

Yep, that's the episode I was thinking of -- I remember they showed the closet in their bedroom and how Herb had a very particular way of hanging the hangers. Strange what tidbits get stuck in the long-term memory...