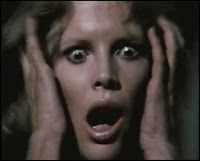 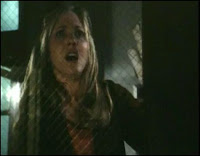 I love both Killjoy and The Possessed and couldn't decide which one to post about so I said to myself, "Honey, this is your blog. If you want some awesome two for one blog posts, you should just go ahead and do it. And, when was the last time you watched This House Possessed?"

I get distracted easily you see.

The Possessed (the one with no house) aired on this day in 1977 on NBC and Killjoy had the honor in 1981, when it aired on CBS. These are wildly different films - one is about getting possessed by a demon and the other one features Kim Basinger as someone who understands medicine. I still can't decide which one is scarier... Actually, both movies are really suspenseful and a lot of fun. 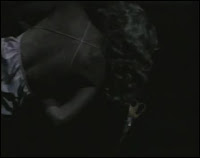 I guess it all depends on if you're in the mood for the fantastical or something that's more in tune with murder mysteries. Or perhaps you'll make your decision based on machismo. I often do. The Possessed boasts a fun, early performance from Harrison Ford and James Farentino wears turtlenecks and sports jackets. Mmmmm... Killjoy is, like, hot dudes galore because Robert Culp, John Rubenstein and Steven Macht are just too divine. And just to make it harder to choose, both movies feature Ann Dusenberry! Wow, October 22nd never looked so good!

Both movies are available on DVD. Again, the awesomeness known as Warner Archives gave The Possessed some DVD love, while Killjoy was renamed Who Murdered Joy Morgan (a far less clever title) and it also got the DVD treatment and is available at Amazon.

You can also read my reviews for The Possessed and Killjoy by just clicking the dang links! 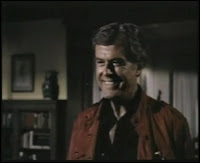 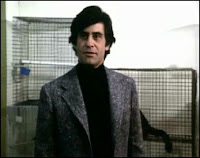